Chia (salvia hispanica) is an annual herbaceous plant, belonging to the Labiatae family. It grows in summer, from a seedling to develop lush green foliage before it produces long flowers which are either purple or, less commonly white. These flowers develop into seed pods to produce chia seeds in winter. Today, chia is grown commercially not only in its original land Mexico and Central America, but as well in several other Latin American countries and Australia.

Where Does Chia Come From?

Although chia might seem to be relatively new, in reality, it is actually an ancient food source. For centuries, chia was used as a staple food by native peoples throughout Mexico. At the time, chia was known as a running food and was used to boost energy and endurance. Chia has been recorded as being used for such purposes back to the ancient Aztecs, Tarahumarans and Mayans. It is believed that Aztec warriors would subsist solely on chia seeds during important conquests. According to Jesuit historians, the chia plant was considered to be one of the most important crops grown by the Aztecs, coming in third only behind maize and beans. 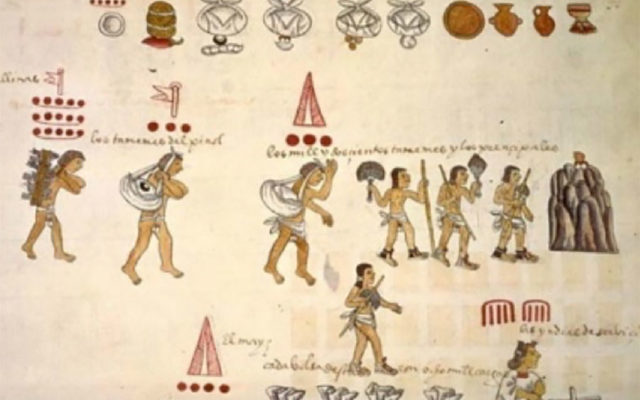 While the use of the power of chia is well documented among the Aztecs, being a staple energy food, dating back to 3,500 BC, and used by both warriors and relay runners to sustain long distance runs from the center of Mexico (Tenochtitlan) to distant regions to send and receive messages back and forth; where a group of runners would run nonstop, carrying chia as their main food to resist the trip along the route.

It was also used extensively by the Tarahumarans (locally known as Raramuris) in the northern state of Chihuahua, where native peoples would consume “Iskiate”, a beverage made with pinole (ground corn) and water, or a more refreshing version with chia, lime juice and piloncillo (raw evaporated cane juice), which remained as a staple drink (Agua fresca de limon con chia) in Mexican gastronomy from ancient times until actual times. Once Spain conquered Latin America, the use of chia became a taboo practice and the plant was even prohibited from consumption under the new rules that were set in place as part of the new regime. 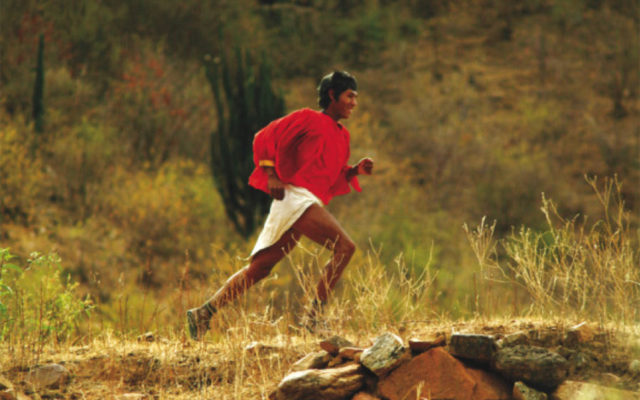 Tarahumarans in the northern state of Chihuahua

The word chia originates from the Nahuatl, an ancient Aztec language, where the word chian, means oily. The seeds of the chia plant are typically very small and oval shaped. Mainly composed of oils in the center (Omega 3 and 6 in a close to perfect combination), fiber and protein as the structure of the soft shell containing the oil, and a thin layer of inactive mucilage around the seed, which by the way, reacts with water forming a gel when in contact . Chia seeds often have an irregular color combination that may feature shades of black, brown, white, or gray. This annual herb plant can reach a height of more than three feet in height.

Modern use of chia

The modern world first became acquainted with chia when it was introduced as a fun and innovative way to grow pet-shaped plants like hair. Today, chia has far more benefits that extend beyond an interesting looking houseplant. Much of the modern recognition of the health benefits of chia can be attributed to Wayne Coates, Ph.D. (Professor Emeritus). While working at the Office of Arid Lands Studies at the University of Arizona, Tucson, Dr. Coates co-authored with Ricardo Ayerza Jr, a book in 2005, regarding the health benefits of chia (“Chia: Rediscovering a Forgotten Crop of the Aztecs” https://uapress.arizona.edu/book/chia). After that, Christopher McDougall (a trained foreign correspondent for the Associated Press, travelled to Mexico’s Copper Canyon to live and learn from the Tarahumaras, and wrote the famous book “Born to Run” (https://www.chrismcdougall.com/about/) in 2009, featuring chia seeds as the energy and health source for the Tarahumaras, considered the best long distance runners in the world. Since then, chia seeds have once again become renowned for their amazing health benefits.

What exactly are the health benefits of chia and why are so many people now interested in these small seeds? Along with their fabled endurance, chia is attributed with a number of crucial health benefits (link). While chia, still growing wild in several areas of Mexico, is now commercially grown in many countries, it has seen a massive adoption by consumers looking to attain the healthy properties and incorporating the seeds into their daily diets, by using them in smoothies, salads, drinks, even as egg substitute and bakery aids. We have seen a wide array of new product launches using chia seeds as an alternative ingredient, including our delicious chia fruit spreads.

As explained in this article, Chia originated in the central valley of Mexico, and has recently been taken to other parts of the world. Today, since chia has once again become renowned for its health benefits, it is now cultivated in Mexico and Guatemala as well as farther areas, including Australia, Argentina, Peru, Bolivia, and Ecuador.

Chia has been named by Innova Market Insights (as one of the main global trends for 2017), on their Seeds of Change market report. See below